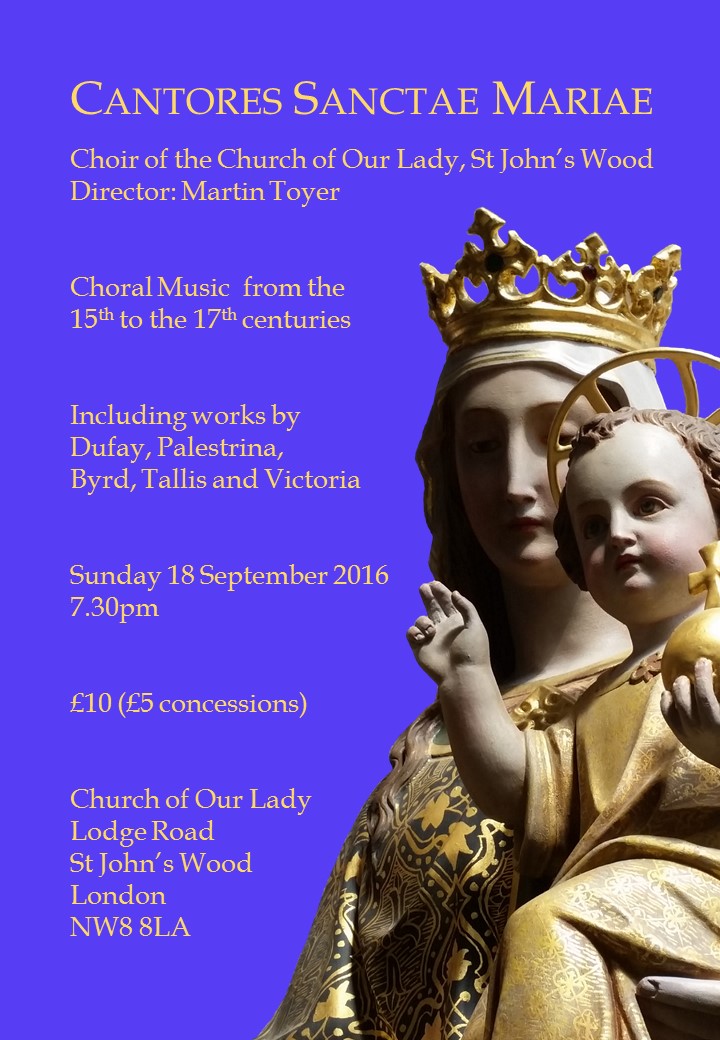 
The arrival of Palestrina (1525-1594) gave Rome their first great composer. After many years of importing musicians from Spain, Portugal and the Low Countries, Italy finally had a composer of her own. Palestrina’s music became the archetypal renaissance music and he is the benchmark of excellence for all his contemporaries. Of his 105 masses, many were based on other composers’ works or plainchant. For the joyful six part Missa Viri Galilaei, Palestrina takes as his inspiration his own Ascension motet. Palestrina combines the six voices in many different ways, juxtaposing melodies and rhythms and comparing different blocks of voices. Unlike many parody masses, in this setting he keeps close to the motet throughout; even the settings of the Agnus Dei, often used as an opportunity to flex the composer’s creativity, remain true to the motet. This mass was written for this important feast and so, as expected, the music is full of brilliance and excitement with many phrases rushing upwards as if trying to follow Jesus to heaven yet, surprisingly, the movements are quite short; the Gloria is only slightly longer than many settings of the Kyrie.

This week we also sing two motets from two famous English Catholic composers. Peter Philips (1560-1628) and William Byrd (1539-1623) shared a teacher, Sebastian Westcott, and the Catholic faith; however, their fortunes and music were very different. Although both were keyboard virtuosi and prolific composers, William Byrd ruled English music with the blessing of Queen Elizabeth whilst brazenly displaying his allegiance to Rome; Peter Philips, a Roman Catholic priest, was exiled to Flanders and imprisoned for his alleged part in a plot to kill the queen.

This divergence of paths explains the difference in style. Byrd’s Viri Galiliaei, a setting of the introit from the Gradualia of 1607, is similar to the music of Palestrina but rhythmically and harmonically more complex. It is the devotional music of someone who is thoughtfully preserving the dignity of the Catholic liturgy.

After leaving England, Philips met the new wave of composers, including Sweelinck and Frescobaldi, whose music is much freer and full of virtuosity and delight. Ascendit Deus, published in Antwerp in 1612 seems, to our modern ears, to be from a more secular world than the music of Byrd. The use of dance rhythms is in stark contrast to the long phrases of the followers of Palestrina; the two styles would soon be combined by the great masters of the Baroque.